I had to let my Bobby go yesterday.

His pattern over the past few months was to have good health, followed by being weak and listless, followed by rallying. He’d been getting progressively weaker over the past few months, which I was told was likely kidney failure. I put him on easy-to-digest food which made him feel better for a time. Because of this see-saw of relatively good health followed by what finally became chronic poor health, coupled with denial, I fear that I held on too long. This past week was difficult. After struggling with the decision, I’m grateful today that he’s no longer suffering.

Below are a few photos of Bobby, taken over the years since he (magically) turned up at my doorstep as a stray six years ago. Already a mature cat, he came to me with health problems, which I suspect is why he ended up a stray. The most dramatic being a chronic infection in his right eye that didn’t respond to topical treatments, resulting in emergency surgery to have the eye removed. I found out yesterday that, without giving me a clue, he had become blind in his other eye, too. I must say, he did a fine job of hiding it from me and everyone else.

It’s never easy to say good-bye. As surely I as will claim that I’m never going to bring another 4-legged into my life because of the inevitable loss, after the pain lessens another is bound to follow. They give us so much and ask only that we love and care for them in return.

Thank you, Bobby, for being such an amazing, loving, and comical cat. You made me laugh and always hugged me back. I will miss you. 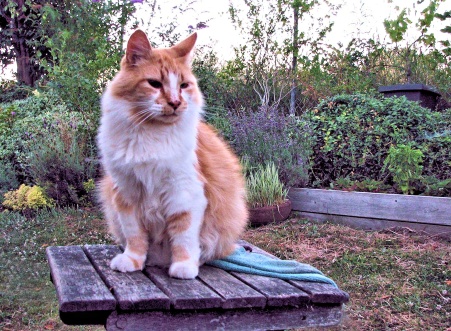 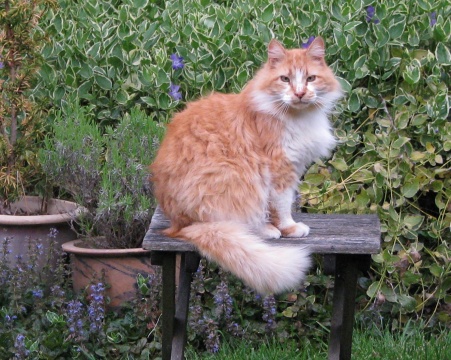